How assisted living helps those with Alzheimer's related physical challenges.

Memory disorders are increasing in prevalence across the world, and Alzheimer’s and dementia are the most common forms of memory disorders. These diseases are characterized by many symptoms including progressive loss of memory, difficulty in communicating and finding words, difficulty in performing complex tasks, inability to plan and organize activities, confusion, disorientation and loss of cognitive functions.

It is a common misconception in modern society that dementia is only associated with memory loss, but most memory disorders also demonstrate some diminished physical capabilities, coordination difficulties, imbalances and other physical challenges.

In order to help understand the progression of memory loss, Alzheimer’s and Dementia is classified into symptom based stages. Early stage Alzheimer’s and dementia demonstrate few symptoms including mild memory loss, trouble with some normal tasks, and occasional confusion. As the disease progresses, motor areas in the cerebral cortex and the basal ganglia also become affected. This leads to subtle difficulty in fine motor skills such as buttoning shirts, writing, and grooming. 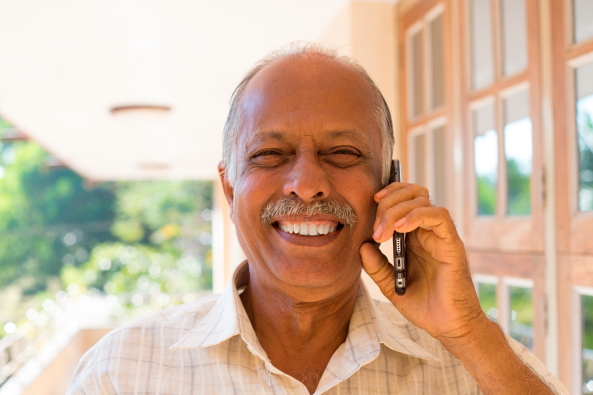 New research has shown that most patients with Alzheimer’s experience weakness in the lower limbs which can cause challenges with sitting down and standing up again.

Many studies performed at the community level have shown that most families taking care of elders with memory disorders are not aware of the motor disabilities of the disease. Because of this, there has been increased number of falls and injuries and the number of emergency room admission have been increased as a result.

In an assisted living setting with memory care, staff understand the pathophysiology of the disease and how to provide personalized care.

Assisted living communities provide special accommodations for the physical limitations of some residents, and will often contain living areas that built with support structures that reduce the risk of fall. It has been shown in many studies that the fall accident rate of seniors living in an assisted living community is magnitudes lower than seniors who live at home with only part time assistance.

Assisted living staff is experienced and trained in identifying the physical limitations of each resident, and developing a personalized care plan to include the assistance they need such as fine motor tasks like dressing up, grooming, and moving from place to place.

In assisted living and memory care, individual support for physically weak and fragile adults will help them do their daily activities efficiently. This will help them cope better with the disease and reduce the occurrence of anxiety, depression, and stress because of their physical weakness, and as a result they will be much happier so they can focus on enjoying their retirement.

If you have a family member who is experiencing challenges as a result of memory loss, please contact us for more information about our assisted living community or to schedule a tour.