Memory Care: The relationship between plaque buildup and memory loss.

One in every eight senior citizens in the United States is experiencing the effects of Alzheimer’s disease. As of 2012, Alzheimer’s patients and their families spend over 200 billion dollars per year on Alzheimer’s care, and an additional 15 million individuals provide unpaid care to a family member with Alzheimer’s. This helps to put in perspective the far reach of memory loss in older adults, and helps to explain why assisted living communities with dedicated memory care programs are increasing in demand each year.

Alzheimer’s is a type of dementia.

In fact, it is the most commonly occurring type of dementia and cognitive impairment. It is a condition that occurs when the nerve cells in the brain do not function as they are intended due to various factors such as age, death or damage of the cells. The damage to these cells, known as neurons, cause behavioral changes and loss of memory and the ability to think properly. Alzheimer’s is still a mysterious disease, but research has recently uncovered interesting insights to help people understand why the disease is so prevalent, with the ultimate goal of being able to eradicate the source of conditions which cause Alzheimer’s. 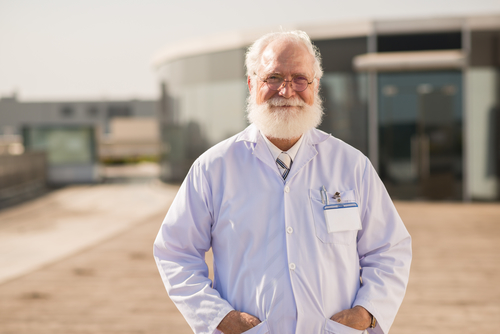 Plaque buildup is an indication of Alzheimer’s disease.

Plaque is a form of protein known as beta amyloid that collects on nerve cells as sticky clusters. There are protein found in the fatty membranes that surround nerve cells and these are the origin places of plaque. When found as small clusters, the damage is significantly larger than plaque itself. Such incidents result in the loss of cell to cell communication as the signals are blocked at the synapses. In addition to this, theses clusters can consume disabled cells and also may trigger inflammations by the activation of cells in the immune system.

The danger with plaque buildup is that it usually takes years to show symptoms.

Beta amyloid gets built up over time gradually and severe memory loss and symptoms of dementia begin to appear after a very long time. Plaque generally disperse through the cortex and spread from there. In the very early stages, plaque builds up on the areas of the brain that are tasked with learning, thinking, planning and memorizing. When the condition progress further, the plaque buildup increases more and more.

The plaque buildup patterns are predictable with the progression of Alzheimer’s disease.

When the condition declines over time, affected individuals begin to experience problems with memory and thinking that will have a significant impact in their day-to-day lives. In addition to these conditions, the patients will also experience difficulties in expressing themselves and their emotions as well as difficulties in handling money and thinking clearly. It is during this stage that many individuals are identified as suffering from the Alzheimer’s disease. Because managing these tasks is vital to living independently or alone, individuals with Alzheimer’s understandably have a difficult time managing their lives and enjoying their retirement.

With close to one million additional seniors each year requiring assisted living and memory care support, the need for senior care could potentially rise faster than care communities can be established to support them. It’s very likely that long waitlists could occur, which is an important reason to begin exploring assisted living and memory care options far in advance, so when the time comes for a family member to live full time in memory care, the community of your choice has a place for them.

If you’re beginning the process of exploring assisted living communities with memory care units in Los Angeles for a family member, please get in touch with us for more information about our memory care program. You can also schedule a tour to meet our staff and receive a detailed introduction to our community.