With a new production of The Phantom of the Opera coming to the Pantages Theater in early summer 2019, it’s the perfect time to get into theatre and the performing arts. Live theatre is a cultural activity dating back centuries. It sparks the imagination, inspires creativity, and connects us with each other.

At CityView, we believe attending live theatre is a valuable and engaging hobby to take up in retirement. In this article, we discuss how The Phantom of the Opera became one of the most famous and well-loved musicals in the world. 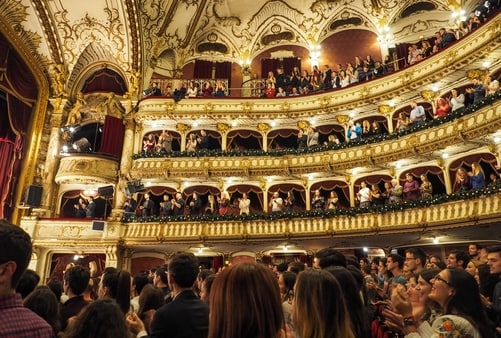 From a Newspaper to Broadway: The Phantom’s History

The Phantom of the Opera celebrated its 30th anniversary earlier this year, making it one of the longest-running musicals in existence. Its story, however, dates back to 1909, when a struggling writer named Gaston Leroux published “Le Fantôme de l’Opéra,” one chapter at a time in a French newspaper. Though it was later available in book form, it unfortunately wasn’t a best-seller, and eventually went out of print.

Fortunately, success was on the horizon. In 1925, a silent film adaptation was released, and it was later updated to add music and dialogue. Soon after, two more films were produced in 1943 and 1962. But The Phantom of the Opera’s biggest moment was yet to come. In 1986, Andrew Lloyd Webber’s musical adaptation had its very first showing in London, featuring Michael Crawford, Sarah Brightman, and Steve Barton. A few years later, it made its way to Broadway. Both the Broadway and London productions have now had over 10,000 performances apiece.

The Phantom of the Opera may be best-known as a musical, but there have been dozens of adaptations over the years in film, television, literature, comics, and even radio and children’s stories. It has also inspired countless works of art. One of the most popular and interesting adaptations is a 1990 novel by Susan Kay called Phantom, which explores the title character and his life.

Live theatre is engaging by nature, and that’s likely why it has remained such a popular form of entertainment for so much of human history. But musicals and other live performances are more than mere entertainment; they enrich the soul and the mind. Attending live theatre can even increase empathy, tolerance, and knowledge, making it a fulfilling and valuable way to spend one’s time. As one of the most popular and long-running musicals, The Phantom of the Opera is an excellent choice if you’re interested in getting into live theatre.

CityView is an upscale senior living community in Los Angeles, and we schedule regular outings to the many theatres, museums, and shopping centers that the city has to offer. To learn more about us, click here.