What is a Durable Power of Attorney for Health Care (DPOA)

This is the person or persons who will speak for you, but only if you are unable to speak for yourself or make medical decisions for yourself.  You might be in a coma, you might be sedated or you might be so confused that you are unable to make a rational decision. This is the person who will make sure your wishes are honored. This is not the person who has general power of attorney over your financial affairs although it could be the same individual. 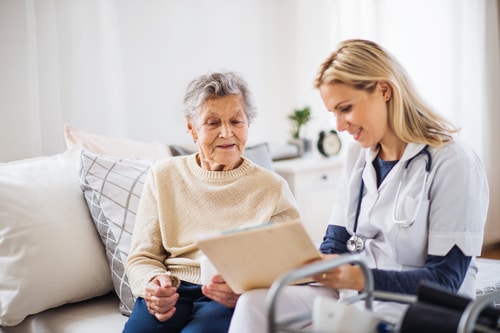 How to select this very important person

Who do you want as your DPOA? Some people feel it would be rude not to choose their spouse, a sibling or one of their children and just so no one feels left out, they designate both of their children - a recipe for disaster. Let's start off with the optimal choice and then go from there. What you want is:

A person who will go to the mat to honor your wishes. What if they disagree with what you want? This is dicey. They may come thru or they may not. You are better off with someone who is in concert with your desires and your values.

A person with a backbone willing to stand up to the medical establishment when they say:

o  "Your mother would really want a ventilator. It will help her breath."

o  "If we don't put in a feeding tube, your mother will starve to death and her death will haunt you the rest of your life."

o  "If you don't let us perform this surgery, things will get much worse."

o  "If you don't OK the procedure to repair her hip she will never walk again."

o  " If we don't give her an IV with antibiotics, the pneumonia will probably kill her."

o  "It's too soon to put your mother in hospice. Let's not give up hope. There's more we can do to help her fight this cancer."

o  "We need to do this test."  You will want to find out if the test is invasive, painful or has complications or nasty side effects and why they are doing it. Will the test result in some effective treatment?

If this is not what you want, your DPOA will emphatically say, "NO, stop, don't do it." If this is what you want the DPOA will agree to the ventilator, the feeding tube, the surgery and the IV.

This is a person who will not be intimidated or racked with guilt by either the family or the medical profession when they say, "I don't think you gave him enough of a chance." Yes, that's what a resident said to the daughter of a man after the attending doctor held out no hope for recovery and after the daughter approved removing the ventilator.

A person who can deal with family members or friends who know better than you what the patient wanted or what God wants for the patient.

A person who is likely to not die before they are needed and be mentally competent and forceful enough even as they age. Maybe the person should be younger than you or at least healthier.  Important point - if your DPOA dies, choose someone else.

Geographically accessible. How long will it take them to get to the hospital? Do they have to live in the same city? It would be preferable because some decisions need to be made right away and if the DPOA is not available, the hospital is likely to do everything - which may not be what you want. Some decisions can be made over the phone but the actual presence is certainly preferable. If your DPOA lives in your same city but is always traveling, is often ill, it might not be the best choice.

A person who will not be financially motivated by the occurrence of your death. This would only apply to a greedy relative. - a rarity in real life and probably no one in your family.

A person who can advocate for you. One who is able to handle their emotions as they deal with the important decisions relating to your serious illness or the possibility of your impending death and who will not let his or her emotions sway or contradict your intentions, wishes and directives.

You will want a second and maybe a third person as a backup in case the first DPOA is unavailable.

You will not split the duties of the first DPOA. This means that there will be one and only one. It's fine for the DPOA to consult with the backups and other family members but this is not a democracy. There will be only one person who will be making the decisions and communicating those decisions to the medical team. The durable power of attorney for health care states, "I have designated (name) to make decisions for me if I am unable to make the decisions for myself. He/she alone will make those decisions based on my explicit wishes."

And so, should you designate your spouse, sibling or child as DPOA. It depends if they meet the above criteria. You may want to choose a close friend instead. To lessen the bad feelings of not being chosen you can say:

Communicating with your DPOA

This role is not trivial and so you will want to ask the intended person if they would be willing to assume the role. Explain it fully and don't ask for an immediate answer. Give them some time. If they accept, you will give the DPOA a copy of your Advance Directive for Health Care in which you have designated them as DPOA and made clear what you want done medically if you are unable to make decisions for yourself. The conversation should go beyond just the specifics of a ventilator, CPR, or a feeding tube but should include the values and wishes that are important to you. They would include desire for control, level of pain you are willing to accept and much more. See the Compassion and Choices addendums - Values Worksheet and My Particular Wishes for a more complete list.